Manhattan Gastroenterology's expert physicians offer the most recent advances in the diagnosis and management of inflammatory bowel diseases including Crohn's disease (CD) and Ulcerative Colitis (UC). Our physicians have a vast knowledge of IBD conditions as well as the newest biological therapies and treatments to help control the inflammation in the GI tract in order to improve quality of life, prevent colon cancer and complications.

Our board-certified, highly rated gastroenterologists have undergone rigorous training in the evaluation and treatment of a wide array of digestive diseases and are experts in inflammatory bowel diseases such as Crohn's disease and Ulcerative Colitis. Our goal is to provide safe and effective therapies in a warm and friendly environment. 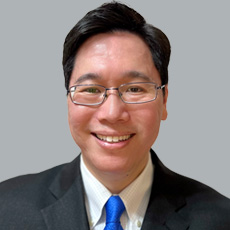 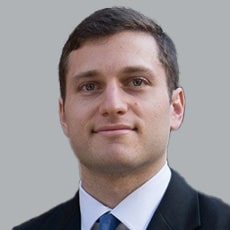 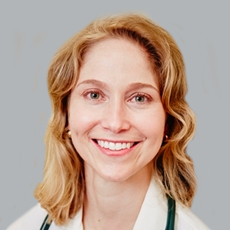 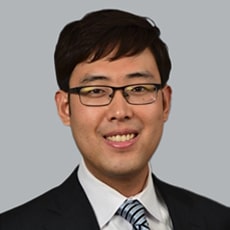 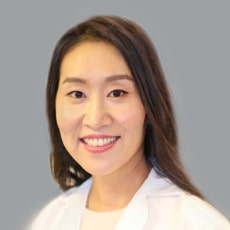 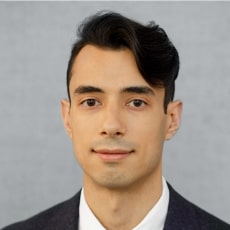 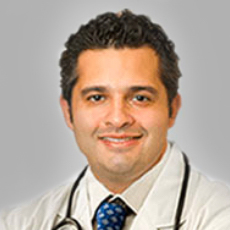 ★ ★ ★ ★ ★ I’ve never seen such a good doctor before. I explained my situation my concern. He explained everything in detail peacefully and clearly with a smile, including what and when the following procedures gonna happen. What a nice consultation experience! Google ★ ★ ★ ★ ★ I have been to this clinic a few times and it has always been hassle free. The staff are welcoming and friendly and Dr Dann is great. He’s very thorough and takes the time to explain everything properly. ZocDoc ★ ★ ★ ★ ★ The office was very nice, I waited for only a minute or two before being taken to an exam room and then seen by the doctor. He was very kind, explained everything fully and I feel very comfortable with his plan for addressing the issue. I would absolutely recommend Dr. Yabukov. Yelp ★ ★ ★ ★ ★ This was the best visit to a doctor that I have had in years. The office was super clean, the staff were friendly and Dr Lee was outstanding. I cannot day enough good things about this. I regret not coming here sooner. zocdoc (212) 378-9983 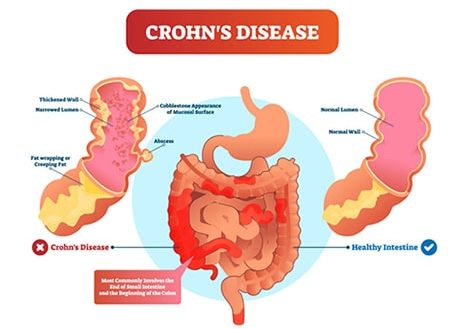 Crohn’s disease is an inflammatory bowel disease (IBD) that often affects the lining of your large or small intestine. When it strikes, it spreads deep into the tissue, causing ulcerations and damage. This medical condition impedes your body’s ability to digest food, resulting in abdominal pain, severe diarrhea, rectal bleeding, and malnutrition. Suppose you have symptoms that could be consistent with Crohn’s disease or have already been diagnosed. f you have Crohn’s disease-like symptoms or have previously been diagnosed with it, you should always be evaluated by a physician for an accurate diagnosis and treatment plan, as well as to rule out a more serious or urgent condition.

Crohn’s disease can affect any part of your digestive tract, from your mouth to your anus.

“
”
★ ★ ★ ★ ★The entire staff was welcoming and made the visit quick and seamless. The office is clean, and the staff even make a point in offering coffee or water while you wait. The doctor was very friendly and to the point. Highly recommend choosing this office.

How Common Is Crohn’s Disease?

Crohn’s disease is quite common. Approximately 2.5 million U.S. citizens were diagnosed with IBD (either ulcerative colitis or Crohn’s disease) in 2020. Experts estimate that the number of people living with IBD in the United States will reach 3.5 million by 2030. 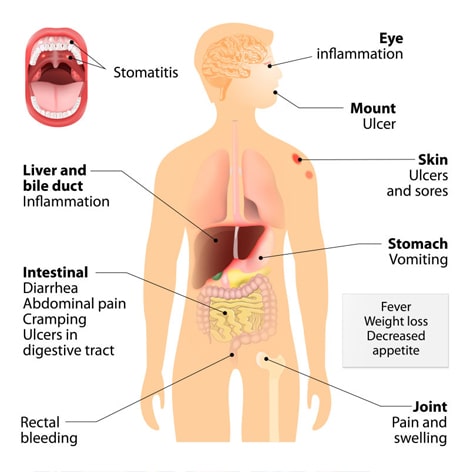 Although the exact cause of Crohn’s disease is unknown, stress and diet are not the culprits, as previously believed. The two most likely causes are an improperly functioning immune system or heredity. Both of these are still theories at this point.

You are more likely to get Crohn’s disease if you fall into one of these categories:

Our specialists use several methods to diagnose your problem, including performing a physical exam, reviewing your medical history, and ordering a colonoscopy. If there are areas of inflammation or ulceration associated with Crohn’s disease, biopsies will be taken during the procedure. Because Crohn’s disease can resemble other conditions, multiple tests are often required to make an accurate diagnosis. Some other tests include:

Broadly speaking, Crohn’s Disease can be characterized as the following:

There is no known cure for Crohn’s disease. Anti-inflammatory drugs (5ASA products), antibiotics, corticosteroids, immune system suppressors, and biologic therapy can help control your symptoms and limit complications. Drugs can sometimes result in long-term disease remission. Many patients with Crohn’s disease are able to return to their everyday lives.

If medical therapy fails, surgery may be an option if the damage to your intestines is localized. We can surgically remove the affected area, but this does not guarantee that the disease will not recur in another part of your intestines. Finally, because Crohn’s disease increases the risk of colorectal cancer, you should get more frequent colon cancer screenings. You should discuss your screening regimen with your gastroenterologist.

Different types of Crohn’s Disease are prevalent in patients of different ages, and some may develop due to other conditions. Visit Manhattan Gastroenterology for a comprehensive health check-up to ensure proper diagnosis and avoid severe complications.

Although Chron’s disease is not a terminal illness, it can lead to serious or even fatal consequences, such as:

If you start to experience any of the above-mentioned symptoms, it is critical that you seek urgent medical attention to improve your chances of a successful recovery.

While Crohn’s disease can strike anyone at any age, disease onset is most common between the ages of 15 and 35 in both men and women. You may have a higher chance of developing Crohn’s disease if you:

Additionally, long-term exposure to polluted air is believed to be associated with the incidence of Crohn’s disease. However, this issue should be clarified further in future studies.

Early identification of individuals at high risk for disease development is critical for preventing symptoms of Chron’s disease and avoiding potentially severe and long-term complications. If you or your first-degree relative has previously experienced gastrointestinal problems, or if you are currently having digestive issues, we strongly recommend you schedule an in-person consultation with one of our expertly trained gastroenterologists to establish an early diagnosis and start appropriate treatment.

Aside from early detection, there are certain self-care preventative measures you can try to slow the progression of early Crohn’s Disease and lengthen the time between flare-up episodes. Consuming a healthy and balanced diet is one of these measures. Reduce your intake of potential trigger foods and beverages like coffee and lactose-containing dairy products. Instead, consider opting for more gut-friendly foods such as bananas, apples, and pureed vegetables.

Exercising regularly is also a good way to reduce or prevent disease activity and relieve associated psychological distress. Consider low-impact activities such as yoga, cycling, and swimming. It is a good idea to maintain oneself healthy by not smoking, eating a balanced diet, and exercising often. Also, remember to see your doctor if you suspect something is wrong.

As some of NYC’s best-in-class gastroenterologists, our doctors provide highly personalized and comprehensive care. For more information about Crohn’s Disease or to schedule a consultation with one of our GI doctors, please contact our NYC offices.

Our site is the source of information about the gastroenterology related conditions and procedures. This information is intended for patients looking to learn about our gastroenterology practice in New York (Midtown and Upper East Side Gastroenterology) and make an appointment to see one of our physicians. This information is only intended to provide guidance, not definitive medical advice. Please consult a doctor or GI specialist about your specific condition. Only a trained physician can determine an accurate diagnosis and proper treatment. Terms and conditions are subject to change.

ManhattanGastroenterology.com has a Shopper Approved rating of 5.0/5 based on 1202 ratings and reviews
×

CONTENT DISCLAIMERThe information on this website is to provide general information. The information on this website does NOT reflect definitive medical advice and self diagnoses should not be made based on information obtained online. It is important to consult a physician for a consultation and examination regarding ANY and ALL symptoms or signs as they may signify a serious illness or condition. An accurate diagnosis and treatment plan should only be made by qualified doctor in order to exclude a serious condition.